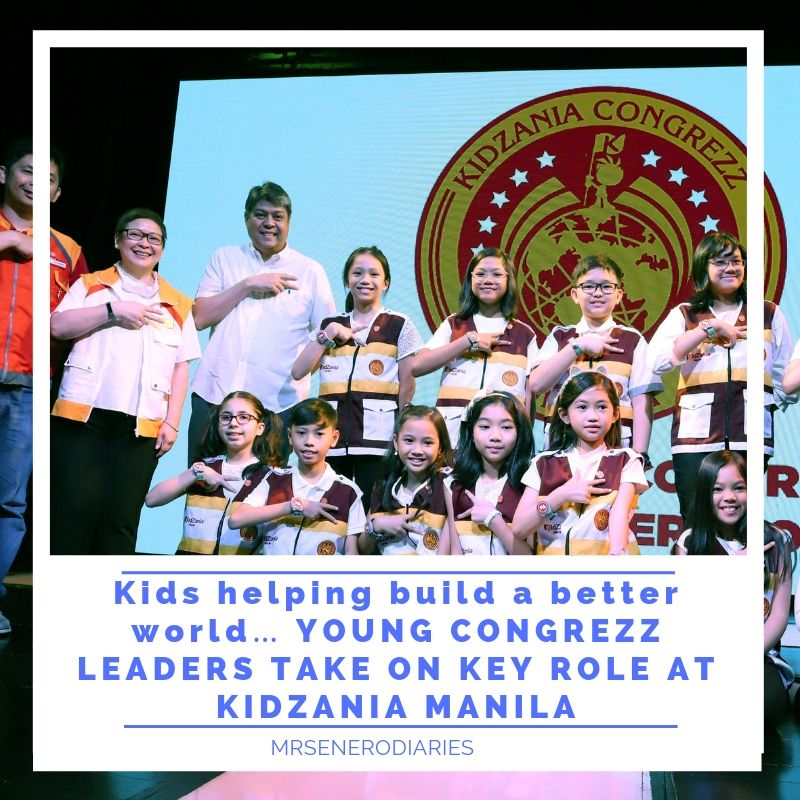 After Filipinos voted for their chosen leaders in the country’s midterm elections, KidZania Manila citiZens were also able to cast their votes in an election where 14 children emerged as the new CongreZZ representatives, taking on leadership roles to help the play city work towards a better world. “Each of you is a winner. True victory comes when you cooperate with other leaders to reach your shared goals,” said Sen. Pangilinan during the children’s inauguration rites. KidZania Manila Governor Cookie Bartolome also stressed the important role of the newly elected kids. She said, “As a CongreZZ member, you are also a servant leader. It is your duty now not just to listen to other kids but to be their voice that affects change. . . . We are aiming to build a better world and it starts here at KidZania Manila.”

Representing the play city’s legislative branch, these CongreZZ Kids, ages 8 to 15 years old, will discuss trends that affect their generation, exchange ideas and opinions, and hone their leadership skills during their three-year term.

Together they will apply lessons and learnings in real life, and share their passions and talents as they work for the welfare of KidZania Manila and its CitiZens, in line with the “Generation KidZania: Kids building a better world” campaign.

They will also get to try new jobs in KidZania Manila, grace special events, connect with other CongreZZ Kids from other KidZania facilities in other countries, and participate in other KidZania programs as the play city’s official ambassadors. Courtesy of BPI, these young leaders will be learning financial literacy through BPI Jumpstart, a savings account offered exclusively to the CongreZZ Kids.

Meanwhile, summer is not over yet and make sure to check out the Play City with the best summer activities for kids. Exciting KidZania ticket promos await visitors who can choose from the ‘buy 2 kids and get 2 adults free’ for weekday tickets bought online until May 31, ‘30% off on tickets purchased online good for weekday and weekend visits,’ or ‘20% off for tickets upon walk-in.’ All until May 31 only. KidZania is an interactive kids’ city combining inspiration, fun, and learning through realistic role play for kids 4 to 17 years old. Kids can independently explore a kid-sized city with over 70 establishments and more than 100 role-playing activities. Each experience is designed to empower kids, giving them the confidence to be their best selves, and inspiration to be great global citizens. One of the world’s most inventive, most awarded and fastest-growing kids’ educational entertainment concepts, KidZania has 24 locations in 19 countries, including the Philippines.

KidZania, Inc., headquartered in Mexico, was founded in 1997, opened its first park in 1999, and is privately held. For more information about KidZania Manila, visit manila.kidzania.com.