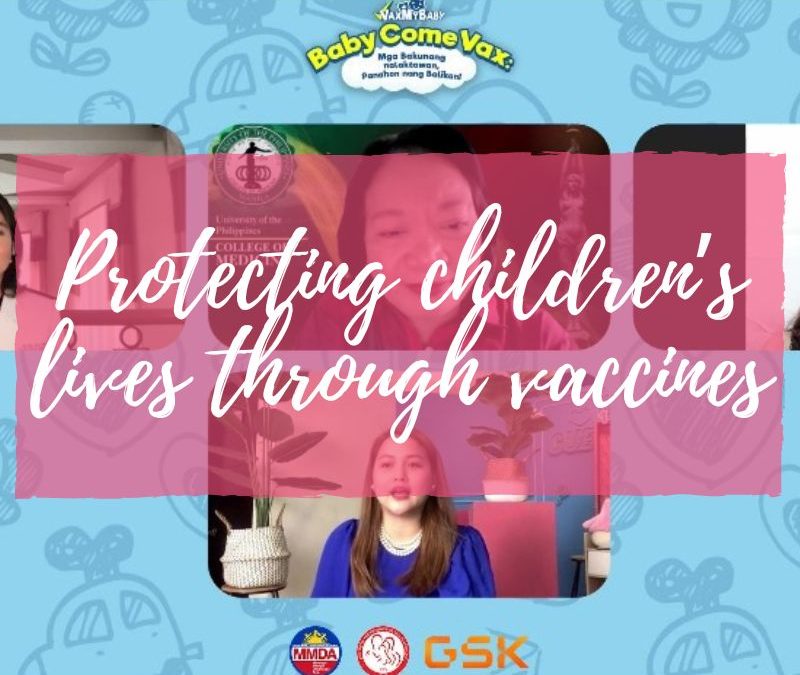 When the five-month-old son of Marissa Santos had recovered from measles, more commonly known as “tigdas,” Santos thought that that would be her son’s last encounter with the measles virus. Six years later, Santos’ son started to show symptoms of a rare and serious complication caused by measles—subacute sclerosing panencephalitis or SSPE. Santos says she hopes parents can take advantage of vaccination to help prevent measles and SSPE among their children.

Measles is a serious and highly contagious viral respiratory disease. The symptoms of measles include high-grade fever, rashes, and the three C’s—namely cough, conjunctivitis, and coryza. Measles can result in serious complications even among previously healthy children. The virus that causes measles can mutate and cause fatal complications.

The World Health Organization (WHO) estimates that in 2018, more than 140,000 people—most of them children under five years old—died of measles. This was despite the availability of a safe and effective vaccine against the disease. According to the WHO, before the measles vaccine became widely used, major measles epidemics happened around every two to three years. Measles led to an estimated 2.6 million deaths per year.

In the Philippines, the Department of Health (DOH) reported in 2020 that about 2.4 million children under the age of five are susceptible to measles. The DOH also reported from 2008 to 2017, that there had been a decline from above 80 percent to below 70 percent in the first dose of measles vaccine in the Philippines. The DOH had declared measles outbreaks in 2014 and 2019. As with the cases of some countries, outbreaks happened despite attempts at wider immunization coverage.

A complication of measles

Sharing her story in an online forum, Marissa Santos said that at five months old, her son, Jan, was hospitalized because of severe fever and convulsion following his measles infection. Because Jan was exposed to measles at an early age, Santos received advice from a pediatrician that Jan no longer needed to be vaccinated against measles.

Santos said that Jan had recovered from his episode of measles infection and spent the next five years living a normal life. But at six years old, Jan began having twitches and seizures. At times, Jan would suddenly drop things that he was holding in his hands. His head would suddenly drop or he would be in a daze. Both Jan’s mother and teacher noticed, too, a decline in Jan’s performance in school.

Worried, Marissa brought her son to an expert in pediatric neurology in the country, Dr. Marissa Lukban. In 2002, 7 year-old Jan was diagnosed with stage 2 subacute sclerosing panencephalitis or SSPE, a rare but progressive, disabling, and fatal brain disease.

According to Dr. Lukban, SSPE occurs in 0.5 to five cases per million population worldwide, although these figures depend on vaccination rates.

SSPE may occur when the measles virus mutates, Dr. Lukban said. Unrecognized by the body’s immune system, the virus enters the nerves, reaches the brain of a patient, and remains dormant until several years later when it reactivates.

Symptoms of SSPE include involuntary muscle movements, seizures, and behavioral changes including diminished performance in school. With less than five percent of cases having remission, SSPE patients often eventually become unable to swallow, speak, see, hear, and interact with others. The last stage of SSPE is characterized by coma or long coma.

Marissa and Jan had joined a support group in the hope of finding a cure for the disease. However, after ten years of enduring SSPE, Jan died in 2014 at 25 years old.

Measles vaccine as form of protection against SSPE

While a cure for SSPE has yet to be discovered, the best protection against this disease remains to be vaccination against measles.

Based on the Philippine General Hospital’s experience and citing Dr. Aida Salonga’s (2002) work, Dr. Lukban reported that from 1999 to 2001, there were roughly 18 to 20 Filipino children admitted in PGH with SSPE each year. But increased vaccination efforts since 1998 led to significantly lower measles cases. In 2002 to 2006, Dr. Lukban noted that the number of admitted cases decreased to 10-15 new cases per year and more recently down to 1-2 cases per year.

Dr. Lukban also warned that high vaccine coverage needs to be sustained to prevent future measles outbreaks and SSPE cases. In the Philippines, there have been reports of measles outbreaks in 2014 and 2019. There is a likelihood that SSPE cases may increase in the following years.

“Nagkaroon tayo ng campaign in 2004 pero bigla nating napansin na umaakyat na naman at nagkaroon ng ilang outbreaks, which only shows na talagang dapat kapag may programa, dire-diretso [We have had a campaign in 2004 but we also noticed that the cases increased and there were outbreaks, which only shows that if there is a program to vaccinate against measles, the program should be consistent and steady,” said Dr. Lukban.

The importance of continuing vaccination amid Covid-19

Dr. Anelyn Reyes, an infectious disease specialist, estimated that one in two children is not being vaccinated. According to DOH, the national vaccination rate in 2021 was at

48.5 percent. Dr. Reyes also cited a study that indicates three to four Filipino families are hesitant to have their children vaccinated due to misinformation on social media and lack of knowledge about vaccine safety.