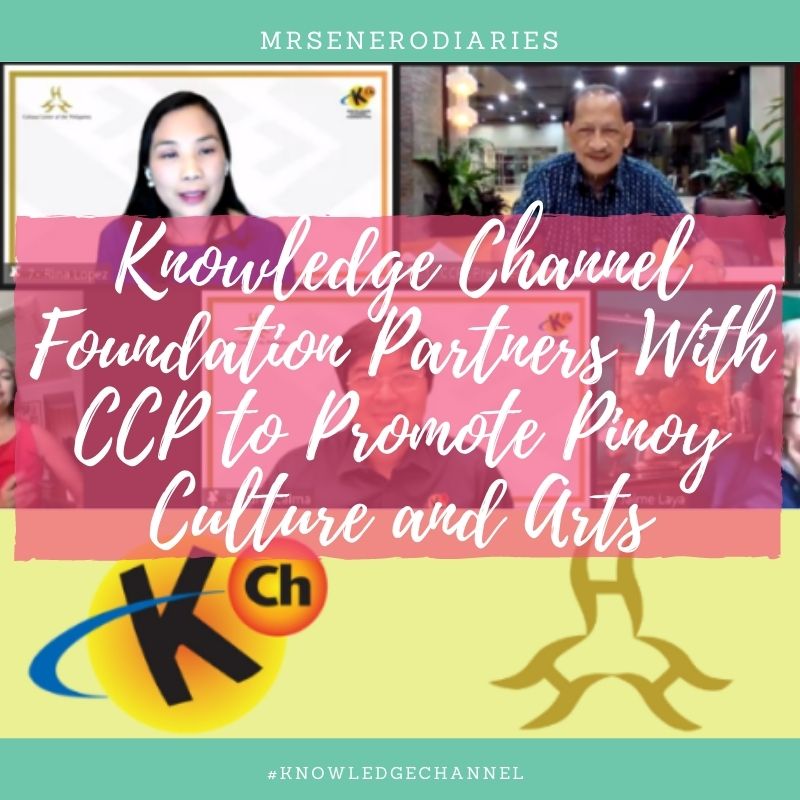 Knowledge Channel Foundation Inc. (KCFI) has entered into an agreement with the Cultural Center of the Philippines (CCP) for the airing of CCP’s cultural shows and features on Knowledge Channel.

Knowledge Channel will soon announce the specific shows and features included in this partnership that will start airing during the first and second quarters of the year.

CCP president Arsenio “Nick” Lizaso expressed his heartfelt appreciation to KCFI for supporting their efforts to introduce Filipino culture to a large number of students nationwide during the signing of memorandum of agreement (MOA) held virtually last December.

He expressed hope that the collaboration would help pique the interest of the youth in further understanding the rich heritage of the Philippines.

KCFI president and executive director Rina Lopez-Bautista, meanwhile, expressed excitement about the renewed partnership with CCP, citing how their previous efforts inspired the youth to learn more about their Filipino identity.

“Having knowledge about Filipino history, culture and language is fundamental in the holistic development of the Filipino child. Children will have a profound sense of their identity as a Filipino and a strong feeling of pride for their country,” she noted.

KCFI and CCP first collaborated over a decade ago when Knowledge Channel aired the live-action adaptation of Jose Rizal’s literary masterpiece “Noli Me Tangere” under its Filipino high school block, as well as several theater performances via its weekend performing arts show, “Theater Hour.”