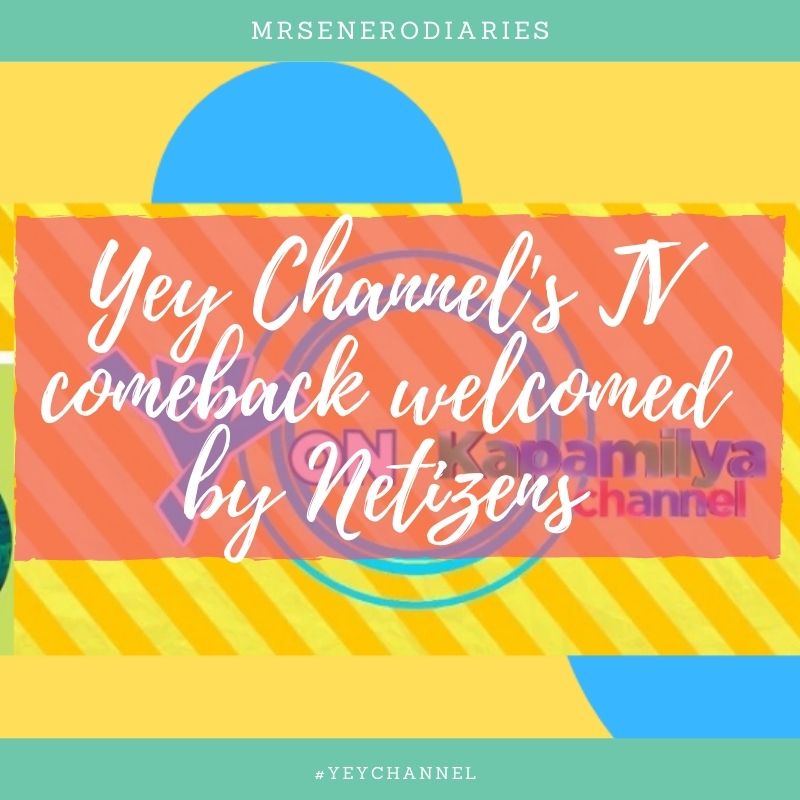 Parents expressed their joy and excitement for their children on social media as YeY recently returned on TV to bring kids an array of fun and educational shows all week long. Since November 6 on National Children’s Month, well-loved animated and Kapamilya kiddie programs can be watched during the “YeY Weekdays” and “YeY Weekend” program blocks on Jeepney TV and “YeY Weekend” on Kapamilya Channel.

Since YeY announced its TV comeback, many parents have reacted positively to the news. They can now spend quality time with their children while watching their YeY favorites.

Meanwhile, for mother Analou Ducusin, she is also delighted with the news, especially as its shows left an impact on her toddler child, particularly “Team YeY.”

For netizen Chris Sean Ncornale, aside from his joy that kids can watch its shows and features again on TV, he is also hoping that YeY’s channel would return on TV so that they may enjoy its kiddie shows all day long.

YeY, first launched in 2011, has brought Filipino children joy online during this pandemic after it went off-air on digital TV in 2020. It also streams “Team Yey Live” on the Kumu app with fresh live episodes of the well-loved children’s show every Saturday, 11 AM.

Meanwhile, on TV, kids can watch their favorite animated shows every morning, including “Kongsuni and Friends,” “Johnny Test,” and “Max Steel,” plus beloved Kapamilya kiddie programs “Team YeY” and “Goin’ Bulilit” all week long on Jeepney TV’s “YeY Weekend” and “YeY Weekdays.” Children of all ages can also watch “YeY Weekend” on Kapamilya Channel every Saturday from 6:00 to 7:40 AM.