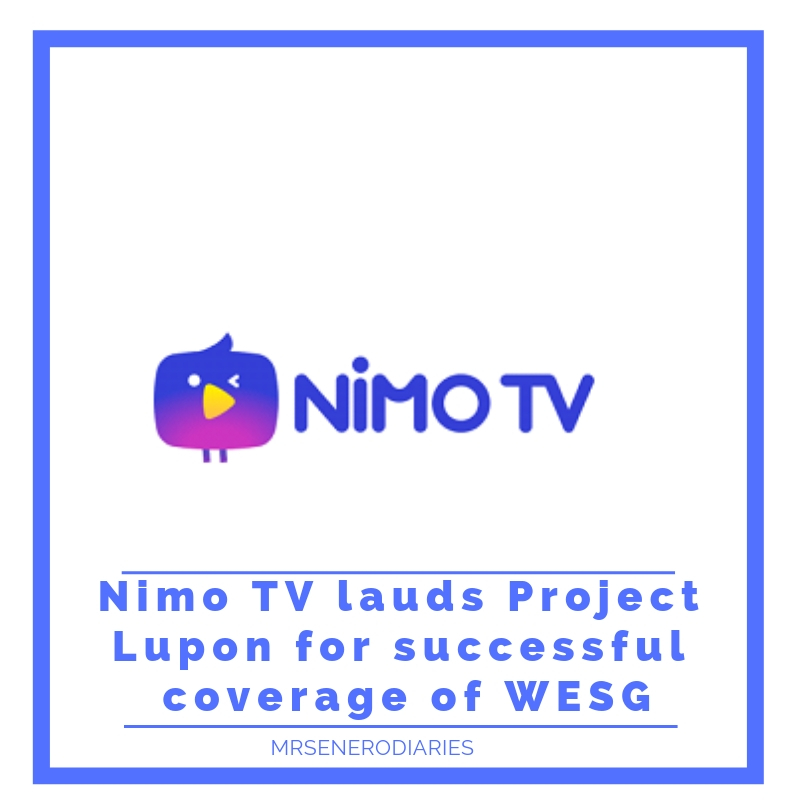 Nimo TV lauded Project Lupon for their intense coverage of the World Electronic Sports Games from March 7 to 17, 2019.

The all-star broadcast team headed by Kuya Nic gave a blow-by-blow update of the tournament and threw some in-game items, steam wallets and bundles of 7 packs to some of its lucky subscribers.

“We are delighted in bringing the tournament to all our subscribers, and entranced with Project Lupon’s performance for the Filipino Audience.” Henry Zhao, Nimo TV Overseas Executive. “ We look forward in bringing more exciting battles soon,” Zhao added.

The WESG currently holds the highest prize pool of USD 5.5 Million across multiple titles and participated by teams from around the globe.

Team Windigo of Bulgaria claimed supremacy in the finals of CS:GO after defeating AGO Esports of Poland. Canadian player Ryan ”Purple” Murphy –Root was also successful in claiming victory after defeating He “山下智久” Chenyung of Chinese Taipei in the Final match of Hearthstone. Lee “INnoVation” Shin-Hyung of South Korea was also successful in the main StarCraft II trophy against Finland’s Joona “Serral” Sotala. Tribe Gaming from the US defeated the Korean’s Team ACE with a 2-0 score in the Grand Finals of Vainglory. Ettore “Suprema_Ettorito” Giannuzzi of Italy redeemed the championship of PES Grand Finals after crushing Brazilian’s representative Alemao Pesbr in the final match. TNC Predator of the Philippines has prevailed over Keen Gaming of China in the Dota 2 Grand Finals and winning almost every game from eliminations to finals.

Nimo TV will continue to feature tournaments to bring the best content possible to every subscriber.

Nimo TV is a leading global platform that allows millions of gamers from all around the world to play and broadcast their games to other like-minded players building a community of players, gamers, and fans that drive conversation, and allows peer-to-peer rewards and recognition. Utilizing a high-quality interactive technology, audiences can interact with streamers, and gain access to exclusive esports events and tournaments, along with unprecedented access to the top streamers from across the region.