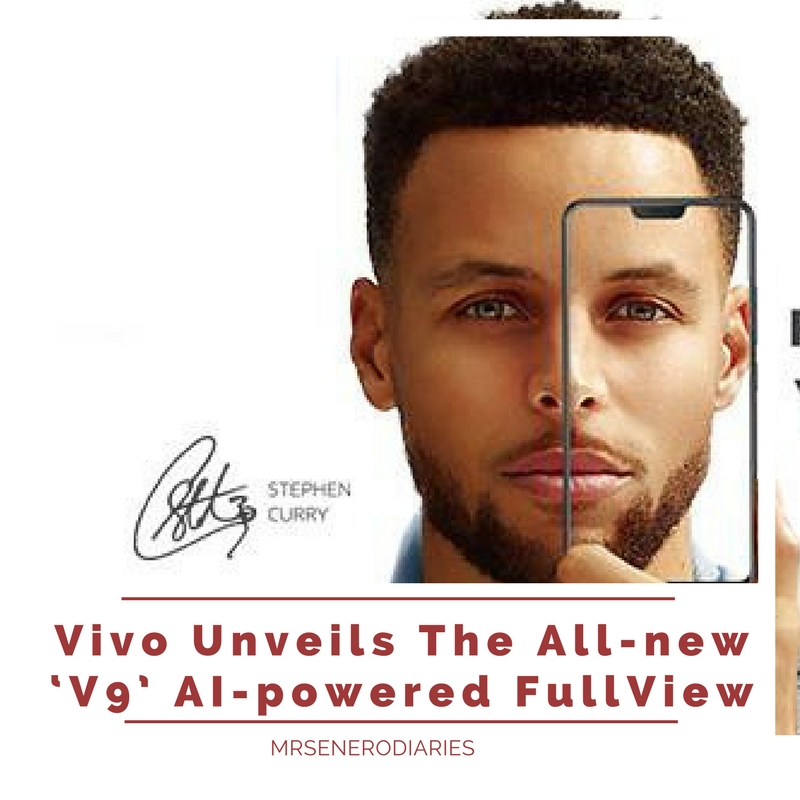 Global smartphone brand Vivo has revealed its all-new sleek and stylish V9 flagship unitat the City of Dreams Manila in a summ er-t hemed unveiling that was attended by over200 members of the press and other guests.

Vivo welcomed its guests late Thursday afternoon at the Wave, a contemporarypoolside  d eck, restaurant, and bar so they can experience the V9 and take selfies andphotos with the sunset as their backdrop. Vivo then picked one lucky and creative photoposted on Instagram to win a V9 unit.

Vivo executives led by Brand Director Annie Lim answered some of the questions of the
media during the V9 press launch.

The program continued at the City of Dreams Grand Ballroom with Myx VJ Ai dela Cruz as the host. They were formally welcomed by Vivo Brand Director Annie Lim whorecapped the smartphone company’s feats in the Philippines. Since it entered thePhilippine market in 2016, Vivo has been steadily rising to become the country’s topthree brand with over 5,200 stores and 1.5 million users nationwide.

Vivo’s Jomari Morales followed Lim’s remarks by presenting all the goods on the V9. She highlighted the Vivo V9’s 90% screen-to- body ratio, the 24-megapixel selfie camera and 16MP+5MP dual read camera, and the AI-powered photography for a “perfect view”and a “perfect shot.”

After her presentation, Vivo’s Junior Brand Manager Christian Jocson revealed that any one can enjoy a V9 for a “perfect” price of Php17,990 with pre-orders beginning on March 26 until April 2.

Lim, Morales, Jocson, and Xian Gana from Vivo then answered the media’s questions during the Q&A. Their exchanges were focused on the Vivo’s plans in the Philippines and the V9’s capabilities. 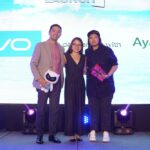 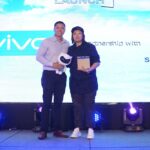 Vivo partners,  Ayala Malls and SM Supermalls, were also recognized during the event during the ceremonial exchange of tokens. Lim handed the mall’s representatives with a Little V doll.

Barber is the onscreen partner of young actress Maymay Entrata who also joined the event. Entrata was the first who joined Vivo in September 2017 during the launch of the V7+. His endorsement deal with Vivo is something MayWard fans have been patiently waiting for since the pair already worked together for the smartphone brand during their first Making Mega shoot in Germany last year.

Dorschner, meanwhile, charmed the press with his good looks and charisma. He was one of Kuya’s guests in Pinoy Big Brother in 2010. Since then, he became one of GMA Network’s top leading men after starring alongside young actress and fellow Vivo endorser Barbie Forteza in the primetime series “Meant To Be”. Aside from the launch of the new flagship smartphone V9,Vivo also introduced its
newest endorsers, Ivan Dorschner and Edward Barber.

Barber, Entrata, and Dorschner also picked three lucky winners of the Vivo V9 during the raffle. They also joined the Vivo executives for a toast for the V9. Also with them onstage were other Vivo endorsers young pop soul singer Sassa Dagdag, acoustic singer-songwriter TJ Monterde, and balladeer Jason James Dy who closed the night with their performances.

About Vivo
A global smartphone brand focused on introducing perfect sound quality and ultimate photography with cutting-edge technology, Vivo develops innovative and stylish products for young people. We now have over two hundred million users and are one of the preferred brands of young people around the world. As an Official Sponsor of the FIFA World Cup™, Vivo believes in the importance of encouraging young people to embrace self-expression and an energetic lifestyle.